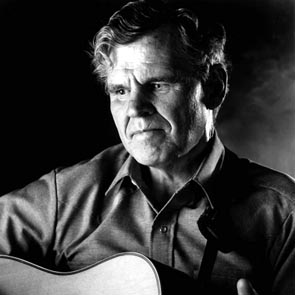 FROM THE SHOW: FAMILIES IN MUSIC

From the show "Families in Music" originally aired on November 20th, 2002

FROM THE SHOW: FAMILIES OF MUSIC

Doc Watson was raised with a wide range of music-- old English ballads, country dance tunes, sentimental songs, and the blues. Doc reflects on growing up blind in Deep Gap, North Carolina and, joined by his grandson, the guitarist Richard Watson, the two talk about how to carry the family tradition forward.